For most of the time since Tesla began delivering the Model S eight years ago, Tesla has enjoyed sole possession of the luxury EV market.

Is this because they are lightyears ahead of the other auto manufacturers? Were other auto manufacturers simply not as nimble, innovative, and disruptive as Tesla?  Or, have they been preparing to release EVs for years, but didn’t want to introduce money-losing cars into market until regulations kicked in that made it a necessity?  These are the questions we will explore in this piece.  Hint Hint, its the latter.

In the U.S., EVs receive generous tax credits and subsidies, but the limited scope of California’s Zero Emission Vehicle (ZEV) credit scheme was not broad enough to force OEMs to introduce EVs at scale. And, until recently, while China offered generous subsidies for EVs, it did not impose emissions caps or other mandates.

Europe, however, is an entirely different matter. Several years ago, the EU formulated policies that implement mandatory CO2 emission targets for new cars. Those regulations began to be phased in this year (2020) and will reach full force in 2021. Quite predictably, most OEMs held back on introducing EVs until 2020 and 2021. Suddenly, this year, for the first time, Tesla has faced a deluge of competition in the European Union. Two years ago, there were only three other EV choices. Last year, the number increased to 11, though with production numbers choked back in anticipation of the 2020 inception of the EU’s emission standards.

By the end of 2020, there are expected to be 28 new EV offerings on sale, most of which will appear in the second half of the year. And, in 2021, another 18 new EV launches are scheduled, bringing the total number of Tesla rivals to 57.

For the first time, Tesla faces (at least in Europe and China) the kind of intense competition other OEMs have always faced. And it does so with limited product offerings. The Models S and X are already stale; despite price cuts and added content, both their market share and their absolute numbers have plunged. Tesla has no luxury EV offering on the horizon to replace either of them, and is already ceding the luxury and performance EV markets to Jaguar, Audi, Mercedes, and Porsche. 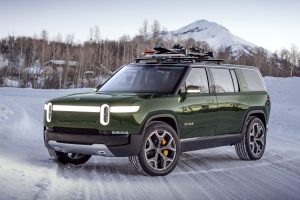 In the middle market, Elon Musk’s forecast that the Models 3 and Y combined eventually would achieve annual unit sales of two million seems highly improbable. In Europe, Model 3 sales are dropping off even before the arrival of the Model Y. And, in the U.S., Model 3 sales have peaked, and evidently are being cannibalized by Model Y sales.

Either because of Elon Musk’s over-confidence in Tesla’s current model line-up or weak product planning, Tesla has no new models coming out in 2021. This will hurt.

Of the 28 new EV launches this year and the 18 next year, there are 16 models that should easily give Tesla a run for their money. They include sleekly styled models from Audi, BMW, Polestar, Rivian, Volvo, and VW, with prices ranging from $33,000 to $96,000 and with ranges averaging 294 miles (470 Km).

Many of these models will not show up in the U.S. because, as noted, right now it is the EU and China which have the strict emission laws that all but force OEMs to make EVs and hybrids. Thus, VW’s first true EV, the ID.3, will not be sold in the U.S. VW has roughly half of its sales in the EU and the other half in China. VW finds it far more financially sensible to focus its EV production on the EU or China.

Which underlines a key point. VW may well only break even or, indeed, lose money on its EV sales in the EU and China. However, producing the low-margin or no-margin EVs enables VW to continue to profit from its internal combustion line. Tesla, with only an EV line, is forced to compete against other OEMs who find it economically sensible to, at best, break even on EVs. Tesla will continue to have the U.S. market largely to itself. However, in the U.S., Tesla’s sales have flattened and its revenues are declining. The obvious solution would be a significant refresh or full-model change.

Most carmakers conduct full-model changes every four to five years (and, if they aren’t doing full-makeovers, they launch new products). Full-model changes are costly, at roughly $500 million per model, but if executed properly, can reinvigorate demand for an old model. A prime example is Porsche’s Panamera, which saw global sales sink down to 15,240 units in its seventh year, but more than doubled to 38,443 units two years after its 2016 full-model change.

In 2021, Tesla’s Model S will be nine years old, its Model X will be in its sixth year, and the Model 3 (80% of global sales over the past four quarters) will be five years old. Yet Tesla has planned no full-model changes for the 3/S/X. It will be no surprise if Tesla continues to cut prices on these models in order to keep the factories running. Price cuts lead to lower residual values, and lower residual values cheapen a carmaker’s brand (Nissan, with its high incentive spending, is the perfect example).

While some might say that the Model Y should lead Tesla’s global sales growth, this too seems doubtful. Not only does the Model Y cannibalize sales of the Model 3 and Model X, but at least four of the EVs being launched in Q4 2020 and early next year are new models specifically aimed at competing with Tesla’s Model Y. The first will be VW’s ID.4, which is now on order in Europe, and will begin deliveries before the Model Y ever reaches Europe’s shores. Because of this, 2021 could be a year where Tesla returns to burning mountains of cash and is viewed as a struggling competitor rather than a market leader.

Ford CEO on the EV Mustang