One of the more blatant Tesla scams (that we know of)

This fraud could be part of the Globally Subsidized page of our website, but is so ridiculous that it deserves its own section.

In June 2013, Tesla held an event displaying its battery swap technology, changing the battery pack of a Model S twice during the time it took to fill up the tank of an Audi at a gas station. This made some waves, as Tesla owners could forego the 40 minutes it takes to recharge a Tesla battery pack to 80% of capacity by doing a 90-second battery swap.

In December 2014, Tesla issued a blog on the subject on its website saying that they would begin a “pilot swap program”, but due to technical issues, swap time would actually require 3 minutes but cost “slightly less than a full tank of gasoline for a premium sedan”. 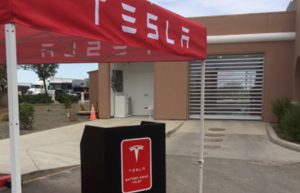 In his book, Ludicrous: The Unvarnished Story of Tesla Motors, Edward Niedermeyer decided to spend a long weekend at Tesla’s large charging center at Harris Ranch, CA to see if he could witness anyone using the Tesla battery swap system. Because of the three-day weekend, the Superchargers had huge lines causing Tesla owners to wait for hours to recharge their cars. Some Tesla owners told Niedermeyer that they’d gladly pay good money to be able to use a swapping service. Over the four days he spent at Harris Ranch, Niedermeyer didn’t see on battery swap take place. 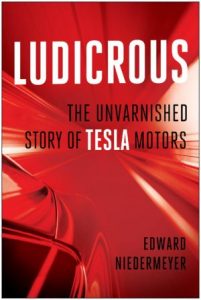 At Tesla’s shareholder meeting in mid-2015, Elon Musk was asked about the status of battery swap. He said that Tesla had invited 200 Tesla owners to try the service, but only “four or five” showed interest. Jefferies Tesla analyst at the time did a survey showing that 54% of Tesla owners were interested in the swap system. Nevertheless, the question remains why Musk pumped “battery swap” as a great technology, yet never followed through. Niedermeyer has an interesting theory on that front:

“In 2013, California revised its Zero Emissions Vehicle credit system so that long-range ZEVs that were able to charge 80% in under 15 minutes earned almost twice as many credits as those that didn’t. Overnight, Tesla’s 85 kWh Model S went from earning four credits per vehicle to seven. Moreover, to earn this dramatic increase in credits, Tesla needed to prove to CARB that such rapid refueling events were possible. By demonstrating battery swap on just one vehicle, Tesla nearly doubled the ZEV credits earned by its entire fleet even if none of them actually used the swap capability.”