The acquisition of SolarCity by Tesla in 2016 is perhaps the most blatant act of self-dealing of this market cycle.

In an all-stock transaction, Tesla shareholders, led by Elon Musk, bailed out SolarCity as it teetered on the edge of bankruptcy. A full accounting of the history of that transaction is not yet possible, but the evidence accumulated thus far leads to one inescapable conclusion: Elon Musk brazenly engineered the rescue of SolarCity at the expense of Tesla shareholders because failing to do so would have jeopardized his entire empire, including SpaceX, his personal wealth, and the wealth of many of his family members. He bluffed, exaggerated, lied, invented fake products, and ultimately pulled off the transaction and lived to fight another day. His behavior during this crisis follows a recognizable pattern that has repeated itself on at least two other occasions since. 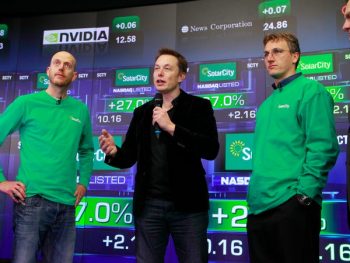 Given the egregious nature of what transpired, the SolarCity bailout has spawned several class action lawsuits by shareholders. The most notable of these is the shareholder derivative lawsuit currently ongoing on the Delaware Court of Chancery. Thanks to the tireless work of the PlainSite organization, the case docket can be found at the link below. The case documents include many that Musk and his team of lawyers have tried to keep confidential. It does not take much exploration of these documents to see why. 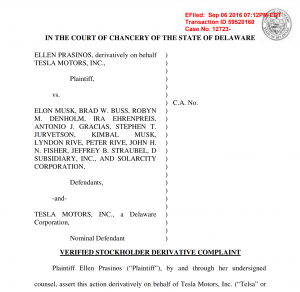 In mid-2018, a ruling by Vice Chancellor Judge Joseph R. Slights III denying the defendant’s motion to dismiss was made public. In what turned out to be a very notable thread, Tesla critic @TeslaCharts posted a detailed analysis comparing what the ruling revealed about Musk’s many deceptions to his public statements and investor communications. The thread went semi-viral after it was reposted in its entirety on the website run by Zerohedge. Musk himself engaged the @TeslaCharts account directly a few days later – clearly, the thread had stuck a nerve. The original thread can be found here:
TESLAcharts Twitter Thread

The core conclusions from the thread are simple: SolarCity was insolvent and Elon Musk and the board members at all three of his companies knew it. Strikingly, Musk used SpaceX money to prop up SolarCity until Tesla could save it. He directed SpaceX to purchase $255 million worth of SolarCity bonds, a stunningly reckless move that ultimately tied the fate of Musk’s entire empire to SolarCity. Had SolarCity failed, they would have defaulted on those bonds. Since SolarCity was a financial engineering company at its core, recovery value in bankruptcy would have been minimal. SpaceX, itself struggling to create a sustainable business at that time, would have been a casualty of a SolarCity filing. Musk and his family members would have defaulted on personal lines of credit, triggering cascading series of defaults leading to financial ruin for all involved.

The desperation to get the deal done caused Musk to pull a Theranos-style fake product demonstration – the infamous solar shingle reveal of October 28, 2016. To sooth anxious investors, Musk stood in front of the world and proclaimed a breakthrough. As reporting by FastCompany would later confirm, the product was fake. The entire event was held on the set of Desperate Housewives, none of the shingles on display were functional, and the entire event came as a surprise to the teams within SolarCity and Tesla working on the project. (See Inside The SolarCity Fake Product Demo for the whole story.) 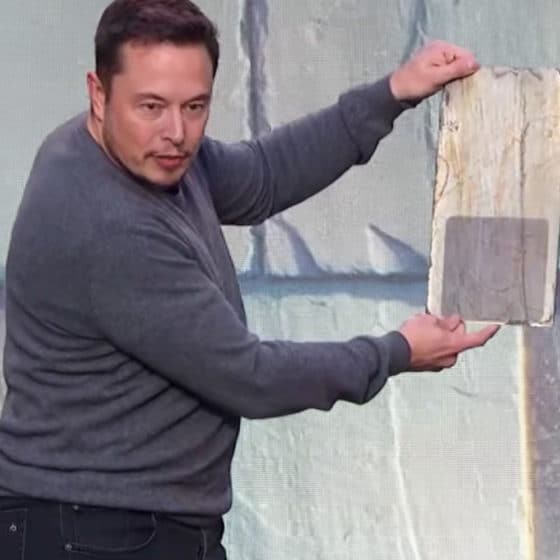 As more lawsuit documents came to light, the depth and extraordinary nature of the many conflicts of interest among the directors at SolarCity, Tesla and SpaceX became clear. These conflicts are laid especially bare in the in the deposition of Kimbal Musk who, despite being a board member of SolarCity, Tesla and SpaceX, claimed under oath to have no conflict of interest. Notably, as the Tesla board was pondering whether to acquire SolarCity, Kimbal Musk was facing numerous margin calls on loans backed by pledged SolarCity stock. The deposition shows that the Musk brothers made a mockery of corporate governance. Laws don’t matter if you win and losing wasn’t going to be an option.

In another notable thread, this time posted in October of 2019, @TeslaCharts once again exposed the sheer comedy of it all: TESLAcharts Twitter Thread

Ultimately, all the directors of Tesla except Elon Musk settled the derivative lawsuit in Delaware for a payment of $60 million. Elon Musk continued to fight the case, which was been delayed several times because of the COVID-19 outbreak. As Jim Chanos notes, share price is the ultimate prosecutor and defense attorney, though the plaintiff’s lawyers in this case have shown some chops. Keen analysis of Musk’s testimony from the Chancery courthouse is provided by YouTuber Common Sense Skeptic with their Musk on Trial series:

With Tesla’s stock still in the stratosphere and the judgment uncertain, Elon Musk seems likely to escape the consequences of the sordid SolarCity affair, at least for now. Time will tell if history will be just as kind.