Musk is a narcissistic sociopath. On the Joe Rogan program, Musk endorsed a specific “life is a simulation” theory- one that isn’t cute but custom tailored to justify his abhorrent behavior. No, this isn’t about being a geeky scientist, this is about justifying caring less about others. The Robin Hansen text that created the theory Musk subscribes to states in its header, “if you might be living in a simulation, then all else equal you should care less about others.” Read on, and you will see how Musk chooses to live. Like nihilism, the simulation theory is just an excuse for sociopaths. 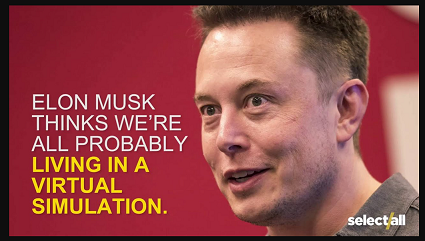 No one is spared from Musk’s inner sociopath

Even in the fawning and flattering Ashlee Vance access biography-
“Elon’s worst trait by far, in my opinion, is a complete lack of loyalty or human connection. Many of us worked tirelessly for him for years and were tossed to the curb like a piece of litter without a second thought” ~unnamed Tesla employee

One of the best examples of Musk’s tendencies are in how he dealt with whistleblower Martin Tripp. Not only did he call himself out as a sociopath when trying to call Tripp one, the real kicker is detailed beautifully in this Bloomberg piece.

He has quite a history with whistleblower’s, as outlined in this Twitter thread detailing numerous cases of immediate termination upon contacting the ethics hotline or Musk himself.

In a more comical yet still disturbing displays, the following YouTube video uses multiple sets of criteria for psychopathy to analyze Musk – you can guess what the conclusions were:

This just scratches the surface of the evidence showing Musk as a sociopath. The majority of this evidence shows up via the many tenets of Tesla’s fraud covered throughout the website, undoubtedly championed by Musk himself.